Online Sports Betting Websites Reviews, Odds and News
Home » US SPORTS » Who will win Super Bowl 2022? Bettors back Packers ahead of play-offs

Who will win Super Bowl 2022? Bettors back Packers ahead of play-offs 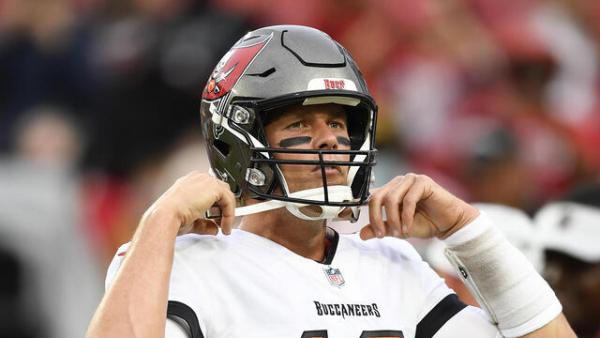 The regular season is over and now the focus moves to this weekend’s first round of NFL play-offs while the Super Bowl favourites Green Bay Packers wait to their see who they will play next. Max Liu has the odds..

“The Packers’ biggest rivals, according to the betting, are Kansas City Chiefs 4/1, who won the Super Bowl in 2020.”

The Green Bay Packers are the favourites to win this year’s Super Bowl after the NFL regular season ended with a weekend of drama.

The Packers are 7/2 to get their hands on the Vince Lobardi trophy for the first time since 2011 at this year’s Super Bowl on 13 February.

With their place in the play-offs secure they eased-up and lost 37-30 to Detroit in week 18, meaning the Packers enter the post-season with a 13-4 record.

Their nearest rivals, according to the betting, are Kansas City Chiefs 4/1, who won the Super Bowl in 2020.

Defending champions Tampa Bay Buccaneers are 7/1 to become the first team to win consecutive Super Bowls since New England in 2004/2005.

It was a record for wins in a season for Tampa Bay but it was only enough to secure them the number two seed spot in the NFC.

They will host the Philadelphia Eagles in the first round of play-offs on Sunday.

Buffalo are also 7/1 in the Super Bowl outright betting and favourites to win their play-off against New England on Sunday. The Patriots lost to Miami in week 18 and head to the play-offs as a wild card.

Niners and Rams come up good for Carlson

San Francisco beat Los Angeles Rams 27-24 in overtime in a thrilling Californian clash to land our tipster Mike Carlson’s value bet of the round.

The Niners will now play Dallas Cowboys on Sunday while the Rams host Arizona a week on Tuesday.

And if you thought you’d seen the last of Ben Roethlisberger think again: the Pittsburgh Steelers veteran, who is set to retire at the end of this campaign, helped his team to an overtime win against Baltimore.

The Steelers face a tough trip to Kansas City next weekend.

Finally, the Las Vegas Raiders have reached the play-offs for the first time in six years and will play the Cincinnati Bengals on Saturday.

At 50/1 in the Super Bowl betting, the Raiders are big outsiders of the 12 teams in the post-season.

Mike Carlson will preview all of this weekend’s play-offs and recommend his bets on Friday. You can also find out what Mike and the rest of the podcast team make of the play-offs when this week’s episode of NFL…Only Bettor drops later this week.