NFL Fantasy Tips: Cam Newton is back and young running backs can win you your league 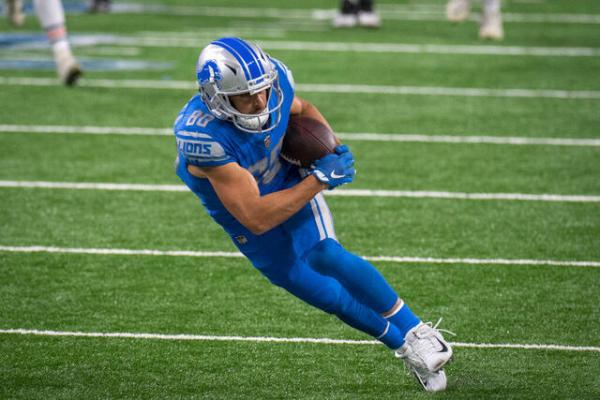 Week one is in the books and with it your fantasy teams are either on course for 16-0 and a championship or doomed at 0-1 and you’re looking to sell everybody at 10p on the pound. That is just the fantasy football life. But whether you drafted James Conner early and now he appears to have lost his job and picked up an injury or somehow picked up Benny Snell and appear to have the Steelers RB1 then we have some players that could help your fantasy teams.

Go and get Snell

As mentioned already, Conner left the Steelers game in the second half with an ankle sprain, but on last night’s evidence it may not matter if he is healthy or not, he could be on the sideline watching Snell take over his job. The former Kentucky star put up 113 yards on the Giants last night and even before the injury looked like the much better back.

The Steelers didn’t pick up a running back in the draft or free agency this year despite some speculation they may do so, and that led many to believe that Conner’s job was safe. It seems as though the reason they didn’t bring in a replacement was because there was already one in the building. Snell is rostered in just 16% of leagues on Yahoo so make sure you get on quickly and get your waiver claim in. If you are making some bets or playing daily fantasy this weekend, then Snell should certainly be in your plans.

Cam Newton is back

Cam Newton is now the starter in New England. The former MVP took over the role left by Tom Brady after his move to Tampa Bay. While it is far from the same offence we are used to seeing in Boston, it is certainly an effective one. Cam ran in two touchdowns and completed 79% of his passes against Miami and looked every bit the Newton we are used to. He has had his injury issues, and that is an obvious worry, but he has also never had a play caller as creative as Josh McDaniels to work with and that could be a big issue for NFL defences.

It is hard to know which of his supporting cast will emerge for fantasy purposes. James White and Julian Edelman appear to be early favourites but second year wide receiver N’Keal Harry was having a strong game before a frustrating fumble. Harry is certainly a player to keep an eye on and may even be worth stashing on your bench as his relationship with his new quarterback develops.

If Newton can stay healthy then don’t be surprised to see him pick up the comeback player of the year award in January. Who knows,

Wide receiver is much deeper than running back, but that doesn’t mean there aren’t some sleepers out there to help your team. Robby Anderson is a name that many of us will know from his time in New York, but now in Carolina he looks to be back to his old self. His six catches led to 115 yards and a touchdown and he is available in 69% of leagues.

Laviska Shenault is a name that many will be less used to, but we really should get to know him. The versatile receiver was a star in college where he was lined up all over the field for Colorado. An injury just ahead of the draft saw him slip a little but he is an electric playmaker than can make a difference in Jacksonville and on your fantasy team.

Before Matt Stafford’s injury last season, he and Danny Amendola had started to build a strong relationship and yesterday they picked up where they left off. Five catches for 81 yards isn’t flashy, but it is the sort of stats that can win you a league from the WR3 or flex positions.