NBA Betting: The Lakers can win title number 17 when the NBA returns to action 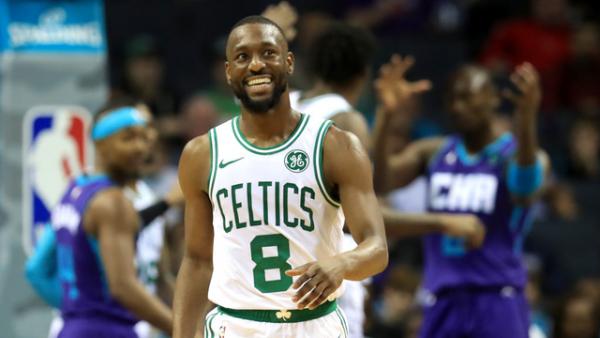 The NBA season came to a sudden stop last week due to Coronavirus and the unexpected break will last until at least April and perhaps even longer. All signs point to the season eventually finishing with the league already planning for a much later finish than usual.

While there are four teams already in the playoffs – The Bucks, Raptors, Celtics and Lakers – this break could have a big effect on where the NBA Championship eventually ends up.

Still some value in the Lakers

The Lakers and Clippers are almost certainly the best teams in the Western Conference. The Lakers are riding a wave of momentum right now after back-to-back wins over the Bucks and Clippers and they will perhaps be unhappy with the timing of the break. However, the time off could help them a lot with LeBron James in particular really benefiting. He is not getting any younger and both he and Anthony Davis have been carrying little injuries throughout the past couple of months and this could allow them time to get fresh for the playoff run.

They have the best 1-2 in the league and at odds of [3.9] they could still be a little overpriced. They play such good defence – as well as being one of the better offensive teams – that there is not a team they couldn’t match up with in the league. They have beaten both of the other teams at the top of the market in their past three games and have shown that they are the class of the NBA right now.

A return to the old Clippers?

The Clippers had been starting to find some much-needed chemistry with Paul George back alongside Kawhi Leonard and that could be halted. We could well see them return to the early season form that made them one of the hardest teams to predict.

When it was good it was really good but there were far too many off nights for a team with so much talent. Like their neighbours it obviously gives them the chance to heal up, but their biggest issue has been getting the team working together. There is only so much you can do in practice and they could be the team that is hurt the most from this. At just [4.4] they are a team I am not comfortable backing. You never quite know what you are getting from night to night and I would not want to be backing them to put it together for a playoff run.

The Celtics can come out of the Eastern conference

The Bucks are the current favourites for the title. They are once again cruising towards the league’s best record and Giannis Antetokounmpo is a strong favourite to pick up a second straight MVP. But the same niggling thoughts remain about them and their ability to beat the best teams in the league over a seven game series. They aren’t completely one dimensional, but they run through one player more than perhaps all of their main rivals. If teams can shut Antetokounmpo down – which is admittedly a lot easier said than done – then they turn the Bucks into a very beatable team. In the few games that Giannis has missed they have often struggled and that puts real questions on their depth.

The Celtics have their own issues, but their style is a bad match-up for Milwaukee. They are very good on defence and have lots of weapons. Jayson Tatum is emerging as a real star and the likes of Kemba Walker, Jaylen Brown and Gordon Hayward are all strong players in their own right. I would much rather have my cash on the Celtics [21] than the short priced Bucks [3.9] right now. Boston at [5.3] to win the Eastern Conference is intriguing to say the least, particularly if they could snatch the second seed from Toronto.

The Rockets are a bit of a wildcard right now. Since switching to this small line-up they have seen their results improve. Russell Westbrook appears a lot more settled and despite James Harden going through a slump – something the pause in the season could help – they have found a way to win games. A four game losing streak ahead of this break seemingly came from nowhere but with the scoring ability they possess, they are always going to have a chance to win games by simply out shooting opponents. It is hard to know if this style is going to work come playoff time, but the current odds of [14] could look pretty big when the postseason arrives.

The other real contender is the defending champions – the Toronto Raptors. They could perhaps benefit as much as anybody from this time off. All season long they have been hit with injuries. At times they have barely been fielding a starter but they have found a way to win. Nick Nurse is showing he is one of the best coaches in the league. Many thought that losing Kawhi Leonard was the end of their chances but they have put up an excellent defence. Like the Celtics they are a team that isn’t built around one or two stars. Even at [15.5] though they are not a team I would want to be backing. For me they are the third best team in the conference and I wouldn’t fancy their chances at beating either of the LA teams in the finals.

For me, the Lakers are the team I feel most comfortable in backing from night to night. They have various ways of winning with two of the very best players in the league as well as an elite defence. Take them to win the NBA Championship [3.9] and the Western Conference [2.28].

The Eastern Conference is a lot more open and I would not want to be on the Bucks at such a short price. Milwaukee going on and winning even the NBA title would not be a shock, but they are just too short with the question marks over them. The value is with the Celtics at [5.3].

The other price that really intrigues me is the Rockets because even this deep into the season they are an unknown quantity. There could be value in them at [14] and if you want a bit more of an outsider then they are one that could emerge from the pack.