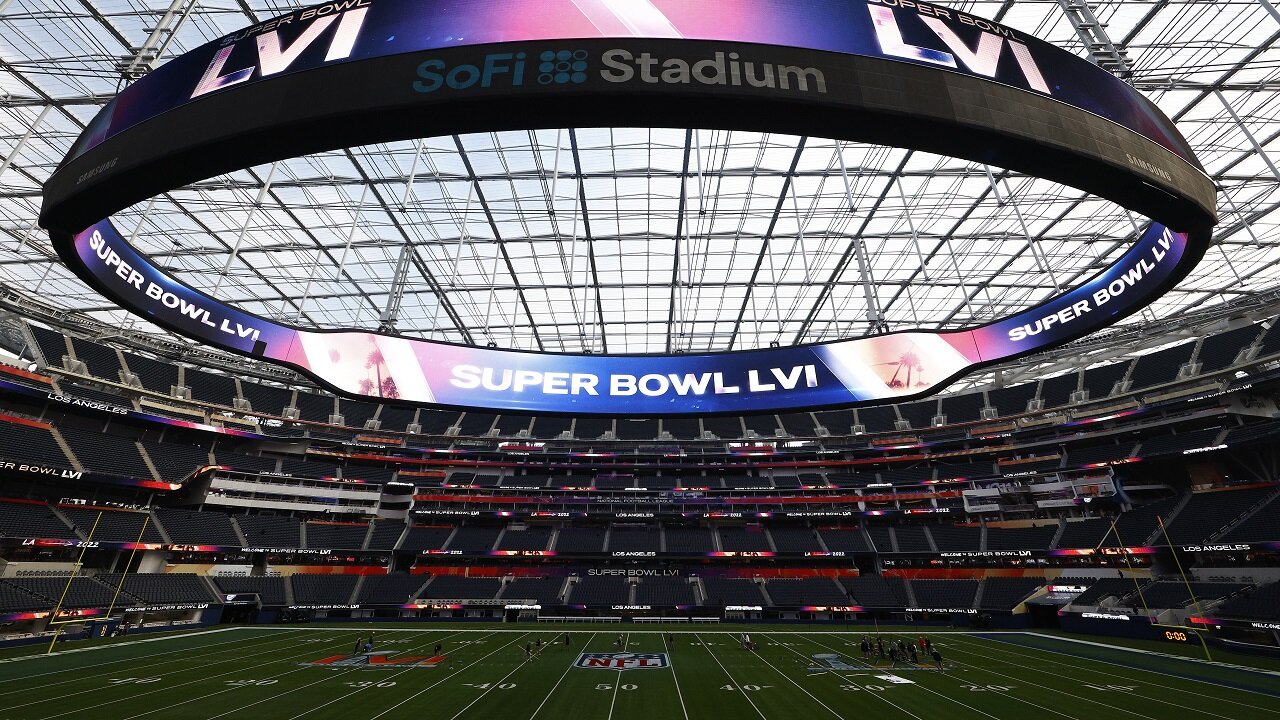 The underdog Bengals face the all-star Rams, and that storyline is just one reason to stay up late and watch Super Bowl LVI from LA.

“The Bengals haven’t won a Super Bowl before and have defied the odds to make the big game for the first time in 33 years, and they’re taking on a team jam-packed with stars who are playing at home!”

It’s here! The biggest sporting event in America and one of the biggest in the world takes place on Sunday with Super Bowl LVI seeing the Cincinnati Bengals and the Los Angeles Rams battling it out for the Lombardi Trophy.

It’s a match-up nobody saw coming and it’s one littered with all kinds of narratives and intrigue, so there’s plenty of interest to keep you up all night long for the game that doesn’t even start until 11.30pm UK time.

So there’s plenty to look out for, and plenty to bet on, for this fantastic game – let’s look at a few of the main talking points to watch out for as you battle to stay up through the night.

Everyone loves an underdog story don’t they?

The Cincinnati Bengals are the big story of the season, with the 125-1 shots pre-season just the second team with three-figure odds to make the Super Bowl. They won just six games in two years before going all the way this season, no team has ever had a worse record before making a Super Bowl.

It’s been the year of the underdog in the NFL this season too, with 105 underdogs winning matches outright during the season – and one more would equal the most ever. In the play-offs the underdogs have won four of the last six games when the action got really serious.

Evan McPherson sends the @Bengals to the Super Bowl! pic.twitter.com/1cC0glFcGQ

But do underdogs ever win the Super Bowl?

In a word, yes, yes they do, and they’ve actually just edged it over the last decade with the underdogs holding a 6-4 record in the last 10 Super Bowls.

The Rams are around 4.5-point favourites, but underdogs of three points or more have gone 9-6 in the last 20 years, while they’re a dominant 12-3 in covering the spread.

We could be seeing the new Tom Brady in action

Bengals QB Joe Burrow is cooler than the other side of the pillow, but he’s also a rare talent who has lifted this team on his shoulders this season. He’s a baby-faced assassin who looks like Macaulay Culkin but plays like Tom Brady. He’ll be the star of the show if Cincinnati wins and the Brady comparisons will just keep on coming – we could be witnessing the start of something special.

No matter what happens, @JoeyB is our Comeback Player of the Year. pic.twitter.com/zegjn2CVrR

But Joe Burrow could be in for a tough night

Burrow was sacked more than any other QB this season, and the first one to suffer that fate to make it to the Super Bowl. He was sacked NINE times against the Titans but sill led his team to victory, he’s like Rocky Balboa in the way he keeps taking a beating but getting back up – but he’ll have to show even more of that fighting spirit here against this fierce Rams pass rush.

Total sacks by Rams defence – over 3.5 at evens

After Bucs made history, back-to-back home Super Bowl winners are in sight

You wait 54 years for a team to play a home Super Bowl then you get two in consecutive seasons, but can the Rams repeat what the Buccaneers did last season? The similarities are there – the Bucs defence was too good for the Chiefs and Patrick Mahomes spent most of the game getting floored, and there’s certainly a chance that happens to Joe Burrow.

Both teams have proved then can make big comebacks

Don’t go to bed even if one team gets ahead, as both of these teams had to come back from big deficits in the Championship games just to make it to the Super Bowl. The Rams came from 10 behind to beat the 49ers, while the Bengals erased a 21-3 lead the Chiefs built up at Arrowhead. This one won’t be over until that confetti is raining down.

A fourth quarter comeback by either team at 9/4

Can the Bengals produce another turnaround if behind?

If there’s one thing this Bengals team is known for it’s toughness, they’ve been in tight spots before but they just keep playing, plugging away and fighting and that’s what’s got them to the Super Bowl. They never know they’re beaten and they make such excellent half-time adjustments that they manage to make second half comebacks the norm.

And coming back from 21-10 down away to the Kansas City Chiefs is anything but normal. Sean McVay’s Rams are 47-1 when leading at half time, but if any team can add another loss on that record it’s these Bengals.

Back Rams/Bengals in the HT/FT market at 8/1

The Bengals are the third-quarter kings

The half-time adjustments the Bengals are able to make means they rock stars in the third quarter – another example from the Kansas City game when they were largely battered first half yet ran out for the second half a different team – battering the Chiefs into submission.

With an extended interval due to the Half Time Show at the Super Bowl, Zac Taylor could make an even bigger difference with his planning. The Bengals outscored the opposition by 73 points in the third quarter this season, with the Rams losing theirs by a combined 25-14 in the play-offs.

Bengals to win the third quarter at 8/5

This game could go down to the wire

This season was one of the most exciting on record, with 35 games being won by walk-off scores, with a team winning that game with the last throw or kick of the pigskin. The Bengals were involved in a few of them themselves and they then had two more in the play-offs – including one in overtime to beat the Chiefs. The long night will be worth it if this game comes down to the final play.

The kickers have been money

Kickers don’t get a lot of love usually, but in Super Bowls they can win or lose you the game – it’s a tough life as you’re hired and fired all the time, but we’ve got two good ones on show here in LA’s Matt Gay and Cincinnati rookie Evan McPherson.

The Bengals kicker has already booted two game-winners, including the kick that sent them to the Super Bowl, as part of a perfect 12/12 record on field goals in the play-offs. “Evan McFearless” could well be the match-winner again.

There’s a lot of pressure on QB Matthew Stafford, who spent years impressing in a poor Detroit team before a blockbuster trade saw him move to LA as the team’s missing piece of their star-studded puzzle. He’s had critics this season with some wild throws and bad decisions, but he’s also had some stellar games to get them here.

It’s on a knife edge for Stafford as he could easily be hero or villain and win or lose this game all by himself – such is the life of a top QB. You’ll be watching a man play for his legacy.

Arsenal fans can look at what their team could be

There’s a theme here, Man Utd’s much-maligned owners the Glazers won the Super Bowl with the Buccaneers last year, and now Arsenal owner Stan Kroenke is on the cusp on winning the biggest prize in American sport.

It’s not just the winning though, but how “Silent Stan” has done it – splashing out $5 billion on a wonderful new stadium to attract the Super Bowl to Los Angeles but also sanctioning the bold trade moves and coaching direction to assemble a star-studded side to rival any in the NFL.

It’s exactly the kind of decisive, expensive and top-quality signings Arsenal fans are always moaning about missing out on, with Kroenke far more conservative in his handling of Arsenal. Gunners fans will not be cheering the Rams on come Sunday night.