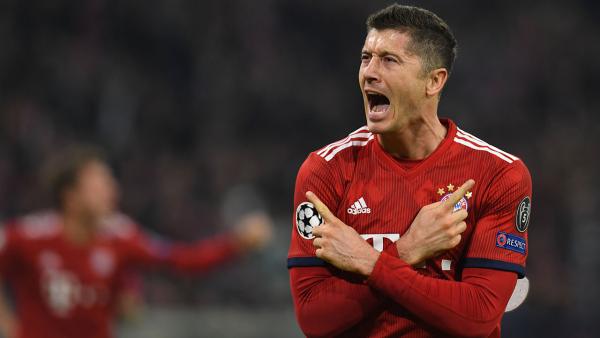 “There’s drama for 34 games and then Bayern Munich wins again.”

If that’s not the motto of the Bundesliga, then it should be. The defending champions have won the title for seven seasons running, an astonishing feat. Last season Borussia Dortmund pushed their rivals down to the wire; Bayern were two points clear of Dortmund with three matches to go and hung on to keep that gap at the finishing line.

However, this season it has thrown up one of the most open title races for some time, with only six points separating first and fifth.

With around a third of the season left to play, can anyone match Bayern’s intensity and pip them for the title? Lets have a look at the outright market.

No matter how hard you try and kill them off, Bayern Munich just never die.

Yes, once again, Bayern are in prime-position to take the honours but they are no runaway leaders this time round, only one point ahead of the pack.

Their early season blip, if you can even call it that, saw them four points off then-leaders Monchengladbach in Gameweek 10 and after losing 5-1 away at Eintracht Frankfurt, Niko Kova? left by mutual consent. His assistant, Hans-Dieter Flick, was promoted to the interim manager. I’m not saying this was the correct decision, but after a few early teething problems (losing back-to-back games at home to Bayer Leverkusen and away at Gladbach), Flick’s side managed to win 22 points out of a possible 24, which has put them in the driving seat. Robert Lewandowski has played a part in that, netting 23 goals in 22 matches and is currently the league’s top scorer.

Their odds of [1.39] rightly suggest they should keep on for their eighth successive title but for those who like value, I’d say it’s too late to back them now for the price.

Their xG has them currently first and Infogol forecasts them to stay there, but they’re still in contention in the Champions League, have an impending clash with Schalke in the DFB Pokal and, more interestingly, they still have clashes against the teams that can be a thorn in their side.

We’ll write off their losses at home against Hoffenheim and Frankfurt as they came under Kova? but it’s the block of the Dortmund, Leverkusen and Gladbach games they’ll need to worry about. Munich are the best team away from home, but BVB have already defeated them 2-0 in the German Super Cup in August at Signal Iduna Park. Last season they were also defeated 3-2 by Lucien Favre’s team and even though they lost 4-0 at the Allianz Arena in November, they’ll be looking for revenge and to close the gap themselves.

Is there still time for Munich to mess it up? Because it’s also worth noting that Bayern have only won once away at Leverkusen in six attempts in the league. Have a small lay on them at [1.45].

It’s some doing to go from not existing as a club just over a decade ago, to be challenging for the Bundesliga, taking on the elites in your stride. RB Leipzig were at the top of the table most recently from Gameweek 15 until Gameweek 19 before the Bayern resurgence came along, paired with RB’s own winless streak of three games, saw them drop one point behind.

But there’s still hope to be had with Julian Naglesmann’s team. Not only is he a young talent of the managerial world but it’s a common theme throughout the club; they have the youngest squad and average starting XI, bringing in talent like 22-year-old Christopher Nkunku and Timo Werner four years ago from Stuttgart. Werner has been a sensation for the team, and is the second highest scorer- behind Lewandowski – with 20 goals. He also has six assists to his name, proving he’s much more than just a goalscorer. The xG table currently has them second, and forecasts them to end as runners up.

Their winless streak that I mentioned was one defeat away to Eintracht Frankfurt, a slight surprise, but the other two draws were against title rivals Gladbach, which RB had to battle from 2-0 down to come away with a point and the other was away to Bayern Munich. You can forgive them for that and it also means they only face Dortmund and Leverkusen from the current top five, at home in their remaining games. They have the easiest fixture list of any of their rivals.

The only downside is that with youthful players come naivety and inexperience. They’re still in the Champions League, the first time they’ve reached the knockouts and it’ll be interesting to see how they juggle their fixture list in the business end of the season. That being said, out of all the contenders I think they’re the most likely bet at [6.2] to get ahead of Munich.

It’s not fair when your team has a 19-year-old who scores and creates goals for fun but it’s doubly unfair when you buy another in mid-season to turn your team into an attacking-powerhouse.

I am, of course, talking about the Jadon Sancho x Erling Håland collaboration which has helped keep Dortmund within touching distance of the Bundesliga title. For all of Dortmund’s merits, it shouldn’t take away from the fact that they’ve made Signal Iduna Park into a fortress this season. They’re undefeated (W8-D3) with an aggregate score of 40-10 and for the moment have the best home record in the league (however this goes to Monchengladbach with nine wins, one draw and one loss if they win their game in hand). 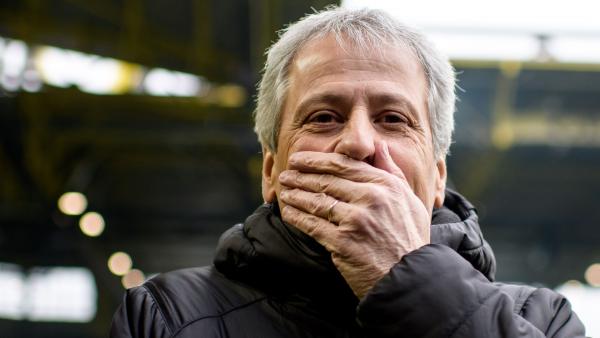 But for all their positives, BVB have a “bottler” stance about them, especially how they lost their way in the title race at the end of last season. They’re also prone to a defeat in the manner of which they lost to Bayer Leverkusen 4-3 a couple of games ago. Quite frankly they forget to defend.

They’re ninth in the away table, conceding two goals a game on average (22 in total) and they’ve let in the most goals of the top seven. It’s not a comforting position to be in when they’re still to face Leipzig and Gladbach away from home, as well as their Champions League campaign.

xG, again, has them both expected and forecast in third position and I don’t see them moving up from there.

I’m surprised about Borussia Monchengladbach’s price, which is 40/1 on the Betfair Sportsbook.

The team that led the table for a parts of the season and has no other tournament commitments sit pretty in fourth place. They’ve a game in hand against at home to FC Koln too. Keep this form up, win the extra game and they’re either second or third on goal difference. GD may be a deciding factor in such a tight league and unfortunately for Gladbach, they’re 13 goals off their second and third rivals; the top three above them have scored in excess of 56 goals while they themselves have only scored 42.

But, with that being said, they’ve the best defence in the league (24 goals conceded, joint-leaders with Bayern), their xGF (Expected Goals For) has them third in the league above of Dortmund and as already stated, Borussia Park is as feared as Dortmund’s home ground; they’ve won all but their first two games there, eight games in a row, drawing against Schalke and losing against Leipzig. It’ll be comforting that, although they don’t have as simple of a run as RB Leipzig, they face other title-chasing rivals in BVB and Bayer at home, then the others look winnable apart from Munich away.

Gladbach do have noticeable weaknesses. Their top scorer, Alassane Pléa, has eight goals. To put that into context, it’s as many as Håland has in five matches. Next up is Marcus Thuram with six. There are a handful of other clubs both below and above them that has more prolific scorers. Their away form is also not as strong as RB’s or Munich’s, and they are prone to throwing away points against the mid-table teams away from home. It looked like they might’ve done that in their most recent game against Fortuna Dusseldorf, but thanks to Marco Rose’s tactical efficiency they were able to win. 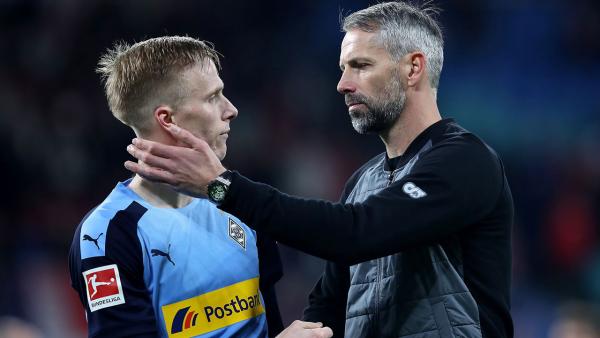 And that’s what it boils down to for this team, do they possess the tenacity to get them out of tricky situations? Their 2-2 draw from being 2-0 up at RB Leipzig is telling. They had an advantage but lost their heads as Pléa was sent off for dissent. Ultimately they did well to cling on for the point. If they start to nail those sticky situations with maturity then they could absolutely give the others a run for the money. The 40/1 is definitely worth a small stake.

It’d be disrespectful to not say anything about Bayer Leverkusen, they’ve a chance to do the double over Munich this season and with that they’ll throw themselves closer in the race. They’ve also defeated BVB in recent weeks, so they do have the goods to defeat big teams.

But that isn’t where their troubles lie. They’re prone to dropping points at home to weaker teams, and because they’ve won five of their last six (L1) against mostly lower table opposition and also a home game against Dortmund, it’s inflated their position in the table.

The fact that they’re still in Europe (they dropped down to the Europa League), but only have a squad of 22 players could scupper their push. The xG table has them currently expected sixth but forecast to finish in the position they’re in right now. I’d avoid taking a punt of them at [130] to win the Bundesliga but they’ll almost certainly have a say in who does.