NFL Tips: Mike Carlson says Jets are no joke at Buffalo in week 18 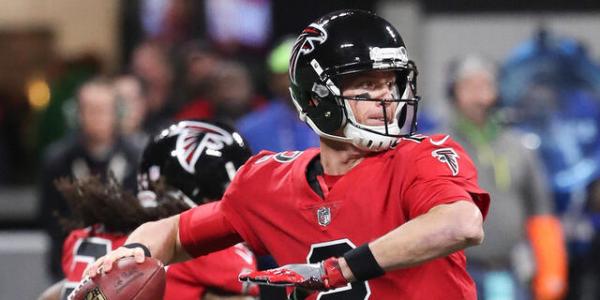 It’s the final round of the regular NFL season and, after making fun of the Jest for months, Mike Carlson is in an Empire State of mind with his best bet of week 18…

The extra week of the season, and the extra playoff berth, has not added much extra lustre to the NFL season. But more games and more playoff games will mean more money, and that’s what it’s all about. All those complaints about mediocre teams slipping into the post-season as division winners, or sixth seeds who might as well be out, has been exacerbated by a season filled with more than the usual injuries as well as the Covid-IR list.

We won’t get a team with a losing record into the playoffs (remember, in a 17-week season, you don’t get .500 teams – teams that lost as many games as they won – either) but this week offers very few games where much matters; the new system which leaves only one seed in each conference getting a bye in the wild card round means there is less to play off, not more.

The season’s final week is always a tough pick, because you can only guess about which teams will be playing for the win and which will be resting their players. I suspect more will take the latter course since two less will get a bye.

How keen NFL teams are to play spoilers is something I’ve never felt comfortable assessing, but as the final week ends in divisional matchups, there is the possibility it is a stronger thing than you might think in the non rah-rah professional world.

We did OK last week. I got nipped out of what would have been my NFL…Onyl Bettor podcast best bet on Wednesday, so offered the Falcons +14.5 as a bonus value pick, and Atlanta lost by exactly 14, helped by a bad bit of officiating that saw Matt Ryan as “giving himself up” when he did nothing of the kind.

The Chiefs didn’t deserve to win based on their second-hald offensive melt-down. But I’m not convinced they deserved to lose based on the zebras giving the Bengals all sorts of DPI calls, a ridiculous non-horse collar call, and somehow missing a Bengals’ offside on fourth and goal at the one.

Otherwise, the Niners and Texans obliging delivered my outside bet by staying under 44 points, and the Bears made easy work of the Giants, covering the 5.5 margin by 20.5 points. I will accept three out of four.

And if you’d like a bonus pick this week then, on Saturday at 17:15, you have the FCS final, the second tier of college football.

I like the game between Montana State and perennial power North Dakota State to go Over 42.5 at (9/10).

Sunday 18:00 – Steelers a decent outside bet in close contest

The Chiefs need the Titans to lose to Houston before a win here would propel them into the top seed. Denver is a tough place to win. The Broncos might be playing for Vic Fangio’s job but apparently the team is up for sale, so it might be worth not hiring a new coach to be a sitting tenant.

Almost palindromic records. If the season were to end after 16 games, the Packers would have gone 13-3 for the third straight year under Zac Taylor. In light of that, I find Hub Arkush’s stance of Aaron Rodgers and the MVP award absurd. AR may be a jerk, but he also is undoubtedly the league’s most valuable player. The Packers have the league’s best record and does anyone seriously think they’d be much over .500 without him?

I worked for Hub at Pro Football Weekly, and his perspective may be skewed by too much time on Chicago sports talk radio. The Pack have clinched top seed, so the need to rest players isn’t crucial (they get next week off) but the extra rest for already battered players may be a factor. I always believe two weeks off kills whatever momentum is supposed to be.

I doubt a win over the Giants will do anything to save Matt Nagy’s job, but what about one in Minny, where Mike Zimmer may now be facing the axe after last year’s 7-9? This is why I hate the expanded schedule. No symmetry.

Last week we saw some of Carson Wentz’s limitations. Without a week’s practice he looked more hesitant. I’m sure Trevor Lawrence will look back on 2021 as a year without practice.

The Titans need a win to get the top seed. Houston beat them in Nashville 22-13 in November, where they picked off Ryan Tannehill four times. That’s unlikely to happen again, but the Texans might be a tough out at home too, depending on how well rookie QB Davis Mills holds up.

This is one of those go figure games. Is anyone going to play for Joe Judge’s job. The G-Men are getting seven which might be just enough to keep me away from this but really, even WTF ought to be able to cover -7. Consider this a very strong nudge.

The Steelers were getting 5.5 on Wednesday and that’s gone down to 4.5 which indicates lots of money thinks this will be a close one. I agree, and I think Pittsburgh is still a decent outside bet. You can get the extra point if you take an extra point on the 41.5 over and I’d risk the Line/Total Points Double.

Joe Burrow got hurt near the end of the game last week, so he seems likely to sit this out, which I said is probably what Baker Mayfield ought to do and he listened. I would prefer a Brandon Allen-Nick Mullens shootout, but I suppose Case Keenum will get the Browns start, and the line reflects a certain amount of faith in him over Allen, as it has shifted from the Browns +3 to the Bengals +6. Not huge faith, mind you, as the over/under has dropped from from 40.5 to 38.

Last week of the season against Miami is a kind of kryptonite for the Pats, especially in road games, and Brian Flores has had some luck against New England. If Damien Harris doesn’t fumble the ball away when they’re setting up the game-winning FG, the Pats might be 11-5 right now, and playing for top seed, not locked into the top wild card. The fear is that the heat might make the Pats, a bigger team built for power, sluggish. 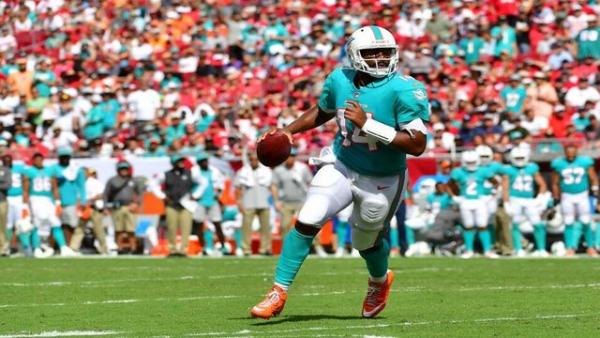 Yes, the Jets could’ve won in Tampa last week. Yes the Bills were somewhat lucky to beat Atlanta at home when Josh Allen threw three picks. Ye,s the Bills may want to protect some players in a game that is pretty much meaningless, even if it weren’t against the Jest. So yes, the Jets +16.5 might be tempting, but what’s interesting is the over/under is set at 41.5, so the line is basically asking for something around 28-12 here and that seems difficult.

I am going to go out on a limb here, simply because I don’t think I’ve ever made the Jest a best bet before!

If your QB were 44-years-old and his back up were, quick now, who? Blaine Gabbert is the right answer, but Tom Brady has always played like one of those guys who thinks if he gives up his job he’ll never get it back. Gabbert is unlikely to Wally Pipp him. OTOH he may need more game reps with Cyril Grayson, Jaelon Darden, Tyler Johnson, Scottie Miller and the ghost of Antonio Brown.

I’d recommend they give Justin Watson a few reps in goaline, but what do I know. I do know Phil Snow has done a great job with the Panther D, and if Matt Rhule is fired, I’d look to hire him as a DC. I took Tampa -8 as my best bet on the podcast and that line hasn’t changed.

I think Sean Payton has shown just how good a coach he is, though his DC Dennis Allen deserves a lot of credit. I wonder what Arthur Smith can do to erase this culture of losing close ones, blowing leads etc that seems to prevail in Atlanta.

It’s hard to think of both Pete Carroll and Russell Wilson gone from Seattle, but if Carroll is on the block I suspect he will resign and retire, or maybe then go back to coaching in college or somewhere else.

Do I need to point out Robert Woods went on IR in week 9? On the Niners’ injury front, Jimmy G says the thumb still hurts, which might bring up an Antonio Brown situation, but if Trey Lance is going to be the QB of the future, this is his game to win or lose.

This is the only simple win and you’re in game, and not an easy one to call. The Chargers are the ultimate let you down team, and it’s very tempting to think they will do the same thing again, especially on the road.

You know the Raiders will be playing their old “no one likes us and we don’t care” card, which hasn’t worked really well since Al Davis departed. I like the Chargers giving three, but not that much.