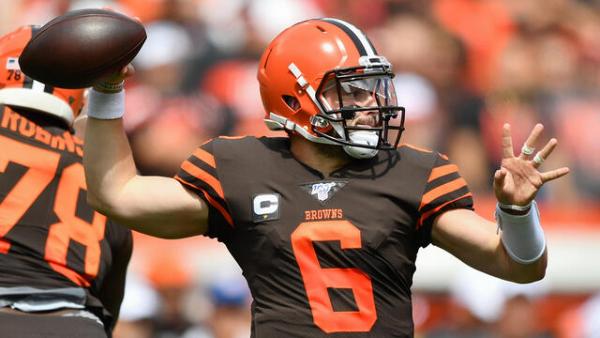 American football expert Mike Carlson discusses the key positions, most sought after players and betting odds on the NFL Draft 2021…

Most NFL draft classes are defined by their quarterbacks and, when the 2021 draft begins on 30 April, its group of passers may be on course to redefine draft history.

Only twice since the NFL and AFL merged in 1966 have quarterbacks been taken 1-2-3 with the first picks of round one. In 2021, we could easily see them go 1-2-3-4. And that is the huge draft question, because it is the Atlanta Falcons, holders of pick four, who are the fulcrum on which this year’s draft balances.

The largest number of QBs taken in the first round was six, in the famous 1983 draft, which produced Hall of Famers John Elway (pick 1 overall), Jim Kelly (pick 14) and Dan Marino (pick 27). It also featured Jim O’Brien (24), Tony Eason (15) and Todd Blackledge, the second QB taken, with pick 7, and a bust.

This year’s class will certainly include five and it’s unlikely a sixth will sneak into round one, the way Lamar Jackson did. Jackson was inexplicably passed over until the Ravens traded back into the final (32nd) pick of round one to take him after Baker Mayfield (1), Sam Darnold (3) Josh Allen (7) and Josh Rosen (10) had all been taken.

That draft is unusual in that all five of the first-rounders have played in the NFL almost exactly as their scouting reports said they might. Allen took huge steps forward from his rookie season, while Rosen hasn’t really had a chance to play since being tossed in at the deep end by the Cardinals.

The Ravens developed an offense to suit Lamar, moving on from Joe Flacco, and the Browns have managed to adjust to try and maximise Mayfield’s strengths. But one of the paradoxes of the draft is that, although a starting QB on his wage-controlled rookie deal is the single most valuable commodity in football, the draft is set up to move the best college QBs to the worst NFL teams, where they may be thrown in without the proper support around them.

Lawrence a shoo-in to be drafted first

This year’s draft has one absolute sure thing: the first pick overall is going to be Trevor Lawrence, the Clemson QB who is seen as the best, and most ready, prospect since Andrew Luck in 2012. The odds (1/80 on) reflect this. The second pick, which belongs to the Jets, is ticketed for QB2, as they traded Darnold to Carolina. The rumour mill says this will be Zach Wilson of BYU, and I see no reason to doubt that.

Then it gets interesting. San Francisco paid a big price to trade up to the third pick, and you do not do that unless you’re going for a QB. This is because the importance of QB inflates the draft value. It is the premium position by far.

The other premium positions are left tackle (who protects the right-handed QB’s blind side), edge rusher (usually a defensive end, sometimes an outside linebacker) who rushes the QB, and cornerback (who if he’s good enough can stop receivers from getting open, making the tackle’s job of protecting the QB harder.

Last year’s draft saw four QBs taken in round one; plus six tackles, six corners, and, unusually, six wide receivers. They are in some respects the shiny hood ornaments on NFL cars, but in today’s game, with more wide open pass attacks, mismatches are crucial and the receivers who can win those mismatches are important.

Niners may aim to bring in Lance

The Niners likely didn’t trade up to take Penei Sewell, the tackle from Oregon, who’s the best O lineman. A team taking the second best, Rashawn Slater of Northwestern, would not be at that much of a loss. The rumour mill has Alabama’s Mac Jones going there and, although Ohio State’s Justin Fields’ mobility would seem to make him a better choice, Jones’ accuracy may win out.

The fifth quarterback who will go in the first round, Trey Lance, is almost the best fit for what Kyle Shanahan runs, but he played only one game last year. As a freshman in 2019 he led North Dakota State to a 16-0 record, won the national championship at FCS (1-AA) level, and threw no interceptions.

But given the lower level of competition, and the layoff, he’s looked at as not being ready: if the Niners really hang on to Jimmy Garoppolo, he could have a year on the bench, but again that’s not usually the formula for the third pick overall.

It’s more common when a team sees a QB they rate as a starter slip (Green Bay did it in 2005, taking Aaron Rodgers (pictured above) with pick 24 despite having Brett Favre; last year they took Justin Love with pick 26 despite having Rodgers). 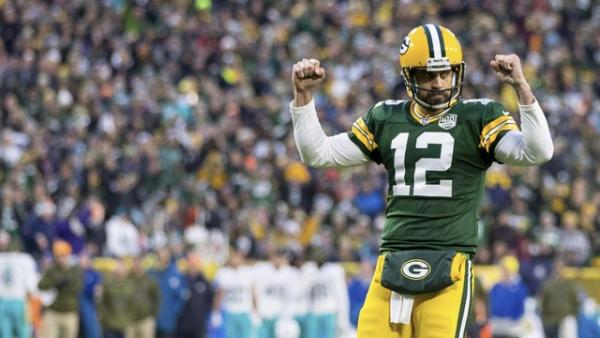 Barring further trades, the crunch comes with pick four. The Bengals, with pick five, have Joe Burrow, last year’s number one. They will I think take Sewell, who would become their best tackle since Anthony Munoz.

But at four the Atlanta Falcons have a dilemma. With Matt Ryan set, they could take whichever guy the Niners pass on, or Lance, or they could look to grab Sewell and strengthen Ryan’s protection. Or they could look to improve his targets with one of the two best receivers out there.

To me, Ja’Marr Chase is the top wide receiver (over/under pick 6.5 over evens, under 8/11) but TE Kyle Pitts of Florida is the match-up nightmare: a guy with 4.4 speed at 6-5 245, great hands, great running ability. He’s going to be the temptation for the Falcons, and his over/under 5.5 shows a tempting under at evs and over 8/11.

If Atlanta goes QB, I see Pitts at six to Miami. If Atlanta takes Pitts, Miami might be tempted by Chase at six (though many of us wonder if the Dolphins are completely sold on Tua Tagovailloa at QB) or even by Slater. Or possibly Micah Parsons, the Penn State linebacker who would suit Brian Flores’ defense.

My instinct at this point is to wait and see if there is any movement in the next week or so, to avoid getting caught by a trade-down or a free agent signing that might change team needs. I’ll be back in draft week to make my predictions.

Until then, remember this too: when Joe Montana was drafted by San Francisco with their first pick in 1979, it was in round three, pick 89 (they’d traded their earlier picks away). The first QB taken in that draft, with the third pick overall, was Jack Thompson, from Washington State, the “Throwin’ Samoan” and yes, if the nickname is all you know about him, there’s a reason why.