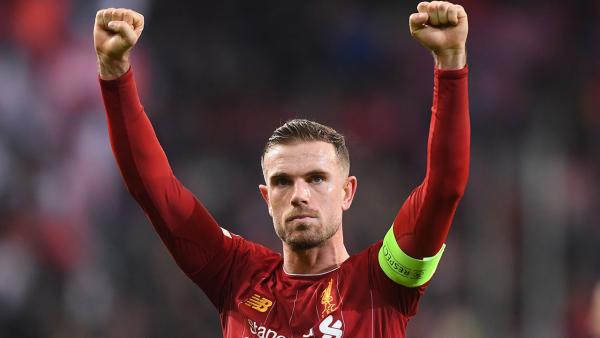 Liverpool are on the verge of ending their 30-year wait for the Premier League title and should do so with a record-breaking points total. Make no mistake, this is among the club’s greatest ever achievements. The current squad will enjoy legendary status forever.

Why, then, are some people suggesting 2019/20 is underwhelming? Liverpool’s triumph has felt inevitable since as long ago as November, which might explain the sense of anti-climax, while losing four of the last six matches in all competitions has seen Jurgen Klopp’s side crash out of the Champions League and the FA Cup.

But a decade from now nobody will remember the defeats, nor will they care if the Premier League is the ‘only’ trophy won this calendar year. Liverpool are set to be crowned champions of England. That is the ultimate achievement for this club. That is all that matters.

The story of Liverpool’s season is one of relentless victories, a consistency never before seen in English football. Rarely have Klopp’s side blown teams away or won comfortably, with 15 of their 27 league wins settled by a one-goal margin. Instead their season has been defined by charisma and mentality.

According to xG statistics Liverpool have outperformed by 22.19 points, meaning had all of their matches reflected both sides’ ‘expected goals’ they would be on 60 points, an ordinary tally for title hopefuls – and three points behind Manchester City (who have 63 ‘expected points’).

Some have sought to use these numbers to argue Liverpool have been lucky, or that their achievements have been exaggerated, but that is to misunderstand the psychological aspect of the sport. To score so many low percentage chances, to win with late goals even when playing badly, and to do so relentlessly, is the sign of a special team led by arguably the greatest motivator in football history.

Tactically, Liverpool use Trent Alexander-Arnold and Andrew Robertson more aggressively than ever, the two full-backs regularly exchanging raking diagonals or dipping infield to act as playmakers. With Sadio Mane and Mohamed Salah pinning the opposition back four and the three central midfielders rotating the ball, it is often up to Klopp’s full-backs to create chances.

The moment Liverpool fans began to believe was the 3-1 victory over Man City at Anfield in November that took them nine points clear of Pep Guardiola’s side. It was the emphatic nature of the win, scoring twice in the first 13 minutes, that seemed to settle the title and confirm City would endure a difficult campaign.

Had City won that game, cutting the gap to three points and shattering the air of invincibility that lasted until February, who knows how the rest of the season would have panned out?

The 5-2 victory over Everton a few weeks later is also a highlight, maintaining their 11-point lead at the summit in style and putting any remaining doubts to bed.

Fans were bitterly disappointed to go out of the Champions League in the second round, although Liverpool didn’t do much wrong over two legs against Atletico Madrid. In fact, the first 90 minutes of their second leg at Anfield, which ended 1-0, was arguably one of the most complete Liverpool performances of the Klopp era.

The other major disappointment was losing to Chelsea in the FA Cup with a reserve team, a decision that felt unnecessary given Liverpool were so far ahead in the Premier League table. Finally, losing 3-0 to Watford ended their hopes of an unbeaten season just when it started to look feasible. Klopp will regret playing Dejan Lovren at Vicarage Road.

The Premier League suspension came at an agonising time for Liverpool, who were just two games away from the trophy lift – hence their [1.02] odds of winning the title with Betfair Exchange. Should the league get back underway, Liverpool can find motivation in trying to beat Man City’s points record.

Klopp’s men need 19 points from nine games to do so. They should succeed.

Liverpool don’t have many areas that need improving, although they could do with an upgrade on Lovren as cover in central defence and a new playmaker. At times they struggle to break the lines when facing a deep block, missing a spark of ingenuity in central midfield. Someone like Jack Grealish would make a great addition.

Klopp also wants Timo Werner and Liverpool are widely expected to sign the RB Leipzig forward in the summer to bolster their attacking options, priced at 4/9 with Betfair. Divock Origi is a cult hero at Anfield, but the club need a higher calibre of player as backup – especially with Salah and Mane missing parts of next season for the Africa Cup of Nations.

In the complete absence of a title challenge this season it is easy to push aside Liverpool’s success, the anti-climax – made worse by the probable trophy lift in an empty stadium – tainting our response to what Klopp has achieved in 2019/20. But this club deserve to be celebrated for their unprecedented points tally and for finally ending a 30-year wait to be crowned Premier League champions.

It might feel oddly flat, and perhaps even vaguely irrelevant against the backdrop of a global pandemic, but history will remember them as an iconic Liverpool side, right up there with the legendary teams of Kenny Dalglish, Bob Paisley, and Bill Shankly.